Athlete of the Week: Chaney Dodge 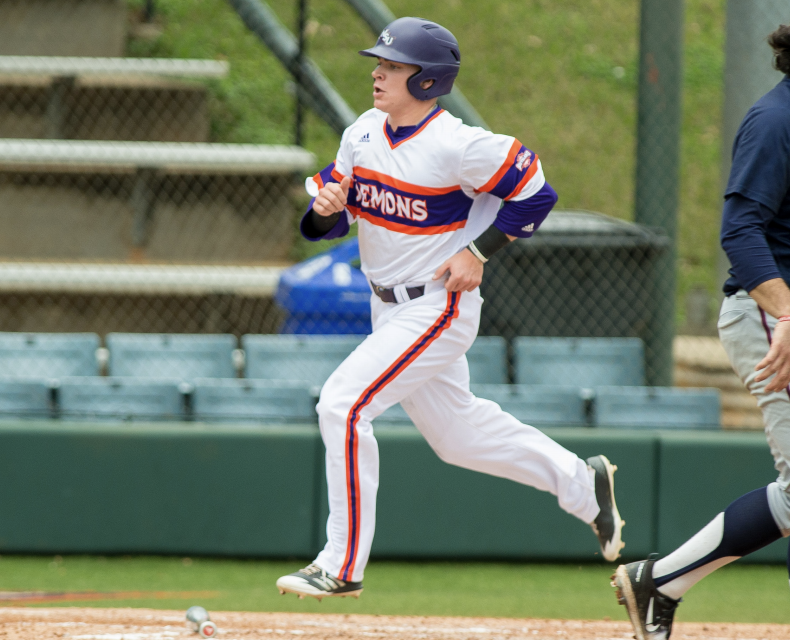 From the time he picked up his first bat at the age of two, Chaney Dodge has always swung for the fences.

Raised in Lafayette, Louisiana, the Houston native began competing in organized baseball at an early age. Until his freshman year of high school, his father was his coach, and it is him that Chaney attributes with much of his competitive success.

“The lessons that my Dad taught me transcended the sport. He taught me how to be a man,” said Dodge. “In retrospect, all the times I thought he was being hard on me, I see now that he was preparing me to deal with life. For that, I’m very thankful.”

Under the guidance of Teurling Catholic head coach Mike Thibodeaux, Dodge developed into one of Louisiana’s top scouting prospects, leading the Rebels to a 28-9 record his junior season and a state semifinals trip. Exploding into his senior season, Dodge led the Rebels to a state championship, a 35-4 record and a No. 7 national ranking, according to Max Preps.

Juggling offers from several D1 institutions in the region, Dodge was weighing his options until he came to Natchitoches and toured the Demon facilities.

“I came on my visit here, and I fell in love. The coaches treated me with top-notch respect, I liked what they had going and their plans for the future,” said Dodge.

After redshirting his freshman year, Dodge travelled to New York and competed for the Westhampton Aviators of the Hampton League, batting .307 with 3 home runs and 14 RBIs over 28 games.

As the 2019 season comes into full swing for the Demons, Dodge hopes to take his experience, coupled with a young team, all the way.

“I think of us as a bunch of dogs in a cage, just waiting. A bunch of over-looked guys, a bunch of guys who didn’t get an opportunity to go to ‘bigger and better’ schools,” said Dodge. “We don’t set a low standard. Going into the season last year, we did some big things. We were sure we could do it, yet other people weren’t. We won the Southland Conference Tournament, and made it to Regionals in Oregon. This year, we’re shooting for it all. We’re not a team that’s trying to prove others wrong, we’re a team trying to prove ourselves right here.”

As for the future, Dodge wishes to follow baseball as far as it will take him.

As a Psychology major with a Pre-Law minor, he has the plan of eventually becoming a lawyer. Ultimately, he one day hopes to own his own training facility, and to train athletes to be the very best they can in their respective sports.