Finding a home while studying abroad 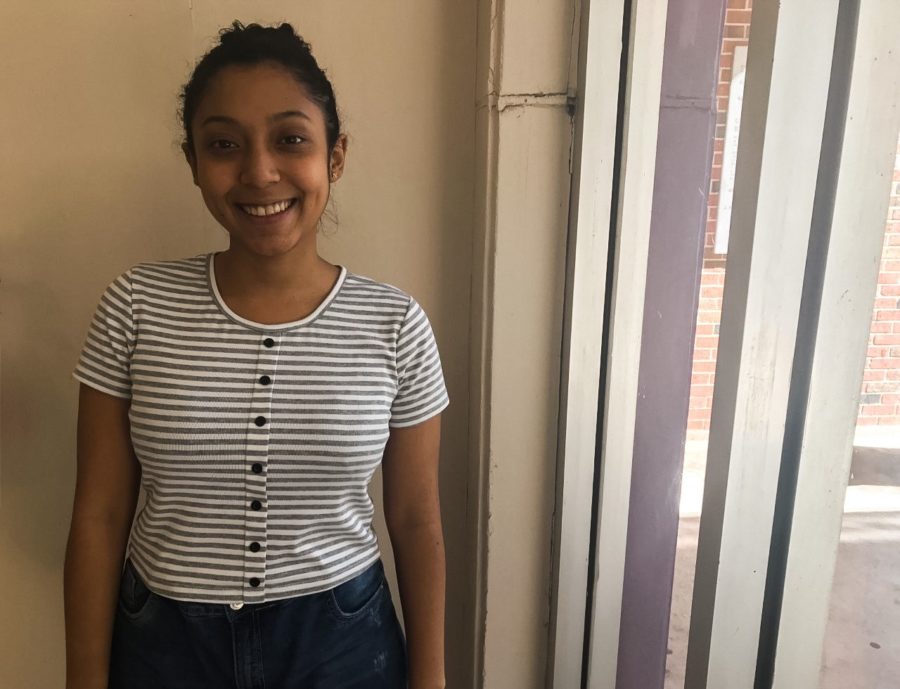 Emilija Dancetovic, a business administration senior, remembers moving from her home country to Natchitoches as a blur, something that happened too fast.

“I was lost,” Dancetovic said. “I didn’t know what to expect.”

People from around the world come to Natchitoches to study at Northwestern State University. They face challenges, but they also have rewarding experiences.

In her home country of Serbia, students must choose between becoming a pro athlete or continuing their studies after turning 18. Dancetovic hoped to achieve both simultaneously and signed a contract to play tennis for NSU.

“I’m a student athlete, and here there is a better opportunity to play tennis and go to school at the same time,” Dancetovic said.

Dancetovic feels people in the South are helpful and welcoming. Further north, where she has been able to travel and visit, is much more like her home.

“People are super nice,” Dancetovic said. “Everyone is going to help you, and even you don’t know someone on the street they’re going to say hi to you.”

This welcoming atmosphere has extended itself to the tennis team. She noted there’s an understanding between the players who are all international students since they are in similar situations.

“We’re really connected,” Dancetovic said. “I think we kind of understand each other.”

Connection is especially felt when she is able to speak her native language. She will often share conversations with a biology professor and a violin professor who know Serbian.

“It’s so cool when you get to speak your language with someone,” Dancetovic said. “I wish I had students, but this is just fine.”

Much like Dancetovic, Judit Castillo, a senior health and exercise major from Spain, also came to the United States to play tennis while studying to earn a degree and expand her knowledge of English.

“The only thing I knew about America was from the news,” Castillo said. “I knew about the bigger cities [such as] New York City [and] Los Angeles.”

Louisiana, however, was relatively unknown to Castillo, so she began doing research on the state and the town of Natchitoches that she would soon call home.

“It was a new step and my life, and I was ready,” Castillo said. “I knew it was going to be a big change, but I was ready for it.”

The change Castillo knew she would encounter was in every inch of her new life, from the way of living to the change from a thriving city to a sleepy town.

Castillo does find comfort in other international students as they all have families they have left behind to pursue an education abroad. She feels her perspective of the world has been widened by her teammates and coaches. She gets to compare her Spanish to versions spoken by those from Columbia and Honduras.

Valentina Alvarez, a senior double majoring in music and English from Columbia, knew the same feeling of hesitance before falling in love with Natchitoches and its culture.

“It was hard,” Alvarez said. “I cried a lot because I wasn’t prepared to come.”

Hoping to pursue her love for music, Alvarez was encouraged by her father to take up education abroad. Alvarez remembered instantly finding the differences between the always moving pace of her home city and the quiet nature of Natchitoches She remembers the nervousness she felt when first settling in.

“My first roommate was American, and she was so nice,” Alvarez said. “I always say she was my angel.”

Alvarez’s roommate, Alison, helped her to feel more confident with her English and showed her Louisiana’s culture through restaurants and touring the town.

“Because of her I started making more friends,” Alvarez said.

She also noticed how warm and receptive Natchitoches and NSU residents are.

“People are welcoming,” Alvarez said. “When they know you are from another country, they want to know more about it.”

Alvarez is grateful for her friends and an “American mom” who looks after Alvarez when she is sick and attends her choir concerts. She still misses parts of home, especially being able to speak her native language. Other international students who allow her to speak Spanish make her feel at home.

“It’s good when you have people from Spain because you’re like, ‘Oh my God you speak Spanish,’” Alvarez said. “You realize the world is so big and you know more cultures.”

Alvarez said coming to America has opened her up to many new opportunities such as a trip around Europe with choir and the confidence that living alone has given her.

“It changed my life, and it’s helped me to go around the world,” Alvarez said.