All demons, all in – NSU sports prepares to begin the new season 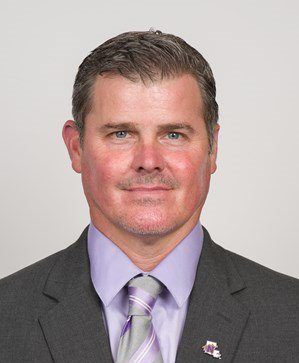 According to Mike McConathy, the men’s basketball coach, COVID-19 has changed him as a coach in every imaginable way.

“From players being missed, the way we traveled, the way we had to build a schedule based of the fact the season was back up by two weeks,” McConathy said. “We lost games and we had to go back and fill those games.”

McConathy said all players must wear their masks, even in their dorms. The team not only plays together but eat meals together when they travel for away games.

“We don’t stop at restaurants, we pick up food and eat together as a team, either on the bus or when we get to the hotel in a meeting room,” McConathy said.

There are regulations for those who attend the games. Due to the six feet apart rule implemented by the Center of Disease Control and Prevention, seating will be limited.

“Yes, it’s limited to around 800 to 900 people. It’s 25 percent room. You have to wear a mask at games,” McConathy said. “They sold season tickets, but tickets are available to purchase at the game depending on seats’ availability.”

The precautions that were being taken during the basketball season will be the foundation for the other sports teams.

“I think a lot of the measures for the most part that we made sure were in place and were instituted, starting with basketball season, will carry over to all the rest of our sports for this spring,” Burke said.

Senior wide receiver Gavin Landry opened up about football season. After an accident his junior year, he said this season was a blessing in disguise.

“I actually tore my ACL on homecoming my junior year,” Landry said. “It kind of gave me a break to relax and to get my legs back underneath me.”

Brad Laird, the head football coach, has high hopes for this season despite the difficulties from COVID-19. Laird said COVID-19 has made him a better coach.

“As COVID-19 and this pandemic has hit, it allowed us as coaches to utilize different techniques in coaching,” Laird said.

All coaches are looking forward to watching their team in action. McConathy said they are looking to be able to compete.

Laird said he is looking forward to watching his team run out on the field and compete.

“They’ve worked so hard. Not only on the field, but they have worked just as hard off the field to able to be safe,” Laird said.

The Demon Football team will kick off their season playing against Lamar University on Feb. 20.