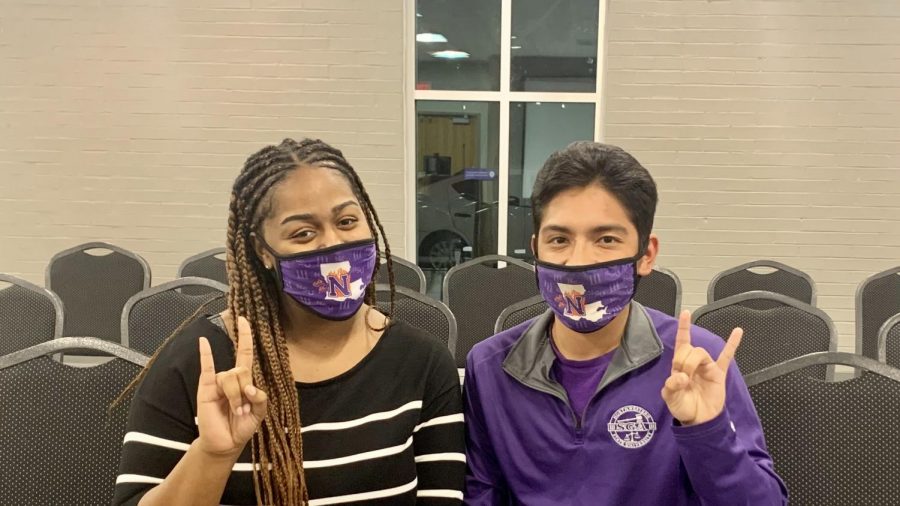 Blake Chustz and Hannah Davis were appointed and sworn in as senators, filling two empty seats on the Student Government Association of Northwestern State University of Louisiana.

Senator Bailey Willis announced that the SGA will be hosting late night breakfast in the Iberville dining hall on Dec. 7 from 9 p.m. to 11 p.m. to support the student body during finals week.

Senators Nicholas Cooksey and Willis sponsored R. F. 2021-08 to congratulate Marcus Jones on being named the 20th president of NSU.

Senators Jacob Boyter and Nikolas Brunswik sponsored SB.F. 2021-02 “to make necessary edits to the Student Media Advisory Board guidelines in the aftermath of the 2020 yearbook not being released. The bill adds one phrase to the guidelines, stating that if an editor or manager is not able to complete their duties fully, they must return the scholarship money awarded to them.

Senators Leah Thompson, Malaya White and Ebenezer Agrey sponsored R. F. 2021-09 to congratulate the Lady Demons Soccer Team on being the 2021 Southland Conference regular season and tournament champions. This comes after some senators expressed their concern that the soccer team was not receiving ample attention on campus for their win.

Speaker Grace Gosserand announced that she would not be returning as speaker in the spring semester due to time conflicts. An election was held, Cooksey and Mariah Kador each received 10 votes from the senate. Gosserand casted her vote for Kador which  broke the tie. Kador was named the next speaker of the senate.