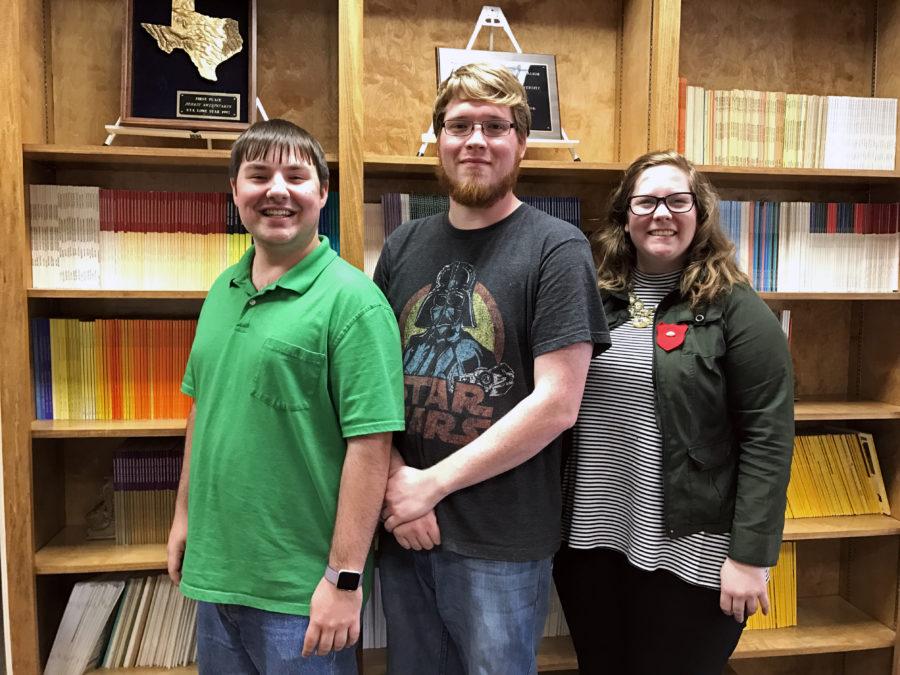 The team will have competed in 12 total tournaments this year, compared to seven during the last academic year. Not only have the number of tournaments attended increased, but their ranks as well.

Several of the members have been ranked nationally, despite the small size of NSU’s team with only a handful of people.

Kelsey Jordan, a freshman psychology major, ranked 10th in the country out of 487 for individual debater and fifth among Novice speakers based on the quality of her speeches.

Jordan said that her experience on the team and with tournaments has helped her even though she has not had any previous experience with debate and her major isn’t the “traditional” course of study that debate students might pursue. She said that as a psychology major, debate has helped her analyze subjects and has helped her come out of her shell as a person.

“You have to think creatively,” Jordan said. “[At nationals], I just had to think to myself it’s just another competition and not to psych myself out.”

As a Novice Squad, the Speech and Debate team was ranked 15th out of 103 total teams, and as a collective team ranked 22nd for the Founders Award out of 192, and 20th for the Scholastic Award out of 134 teams.

Faculty advisor for the team, Dr. Davina McClain, said that it isn’t just about debate.

“We’ve made so many friends on so many other teams,” she said. “It’s also helping each other out.”

At all the tournaments this year, the NSU team, along with others, raised money for the LSU Shreveport’s coach, Trey Gibson, and his daughter Emily. She was diagnosed in September with a very rare and deadly cancer of the brain stem. The Southern Forensics Competition raised $2,000 by using certificates instead of trophies to award.

Ryan Ware, a Liberal Arts major with a concentration in Politics, Philosophy and Law, rejuvenated the team with McClain in Fall 2015. He has been one of the only members to have competed in high school, and he now coaches speech and debate at LSMSA.

“What debate really means to me is the sense of community that I’m leaving with,” Ware said. “My very first tournament ever… [other teams] just started coming over and helped prep me, giving me sources and just jumping in, and I won.”

Senior Biology major Drew Chesher said that the friendly competition is something he appreciates about IPDA.

“You’re standing outside waiting for results and one of you is going to lose at the end of the round, but you’re friends,” Chesher said. “That’s not something you have with a lot of other styles of debate.”

Hannah Morris, senior strategic communications major, stresses that anyone can learn how to debate, especially in the IPDA style.

“You can debate about anything, any time,” she said. “As long as you are well-informed and well-educated on the matter, anybody can do it.”

“It gives me something to wake up for in the morning,” Morris said.

The Speech and Debate team will continue their season at the James Madison Cup on April 17 at James Madison University in Harrisonburg, Virginia.